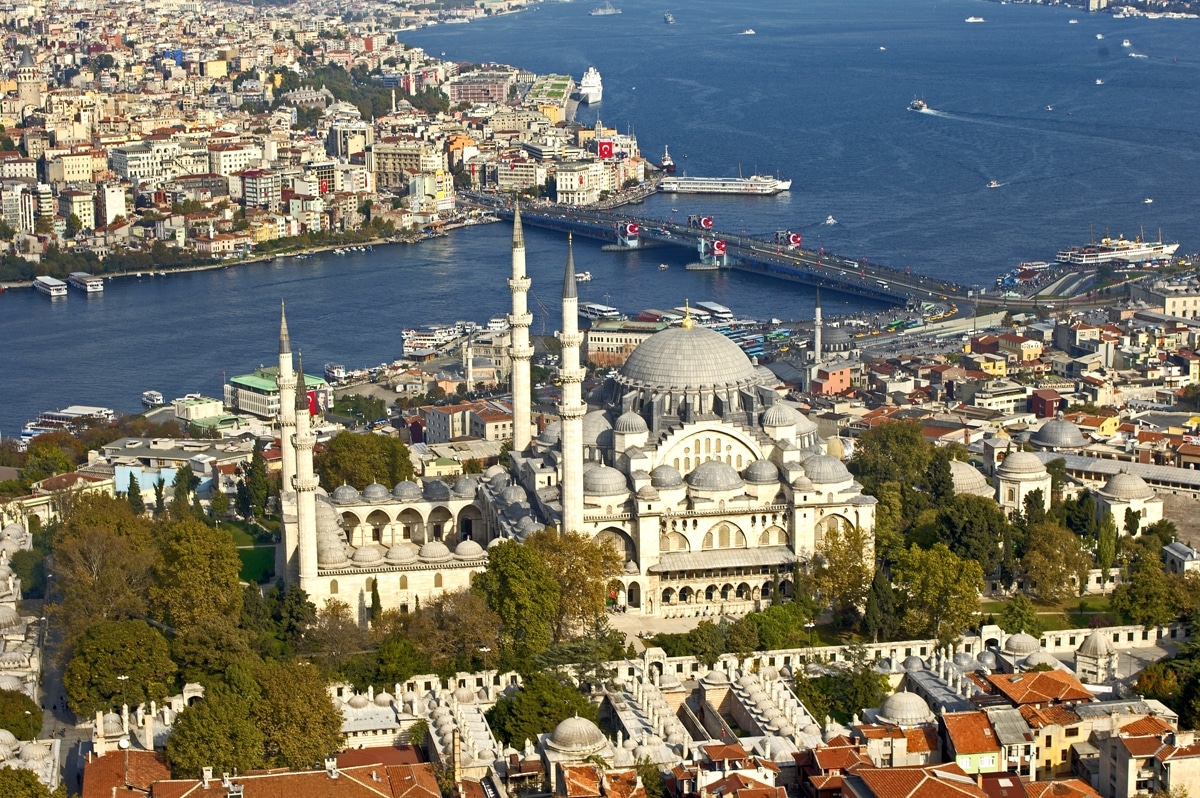 Walking Tour in Istanbul around Mosques: Where to Go?

Istanbul has numerous impressive mosques which take the attention of tourists who would like to see the stunning architecture and history at the same time. If you would like to have a walking tour in Istanbul and do not know where to go, we prepared an amazing Istanbul city guide for you. Let’s look at the most visited mosques and more detailed information.

Hagia Sophia that is one of the most known symbols of Istanbul was built in 532-537 by the Byzantine Emperor Justinian. If you are planning to have the mosques walking tour in Istanbul, you should add Hagia Sophia Mosque on your route. In addition to that, Hagia Sophia is the World Heritage of UNESCO. You will also be able to visit the Museum of Hagia Sophia.

The Blue Mosque (Sultan Ahmet Mosque): Visit One of the Must-See Mosque in Istanbul

On Fridays, the mosque is opening at 14:30 for visitors.

The Blue Mosque closes 30 minutes before the azan and 15 minutes after the azan for visiting.

Rustem Pasha Mosque: The Impressive Architecture of the Ottoman Empire in Istanbul

The Rustem Pasha Mosque which is also located in the Fatih district of Istanbul was built in the years between 1561 and 1563. When you visit the Rustem Pasha Mosque, you will be able to see the architecture of the Ottoman Empire closely and learn more about the history at the same time. The impressive mosque also is one of the most visited mosques in Istanbul by tourists.

Suleymaniye Mosque: Meet with the Classical Architecture of the Ottoman Empire

You can add Bodrum Mosque to your mosque walking tour because it is significantly close to the Beyazid II Mosque. Bodrum Mosque that was built in the 10th century is also known as the Mesih Pasa Mosque and it is located in the Fatih district of Istanbul. You will be able to see the Byzantine style when you visit the Bodrum Mosque as well.

What to wear in mosques in Istanbul

People should take attention to wearing in all religious places. If you are planning to visit a mosque, you can prefer appropriate clothes during the visit. You can cover your shoulders, your legs. In addition to that, women also can use a headscarf before they visit the mosques.

Hidden Places of Istanbul: Back Doors and More!

Evening in Istanbul: What to Do and Where...

Religious Heritage of Istanbul: Wonders of the City!

Relaxing Things to do in Istanbul: Plan Your...

Istanbul One-Day Tour from Airport: Plan Your Own...

Kadikoy, Istanbul: Things to do, Accommodation, and More!